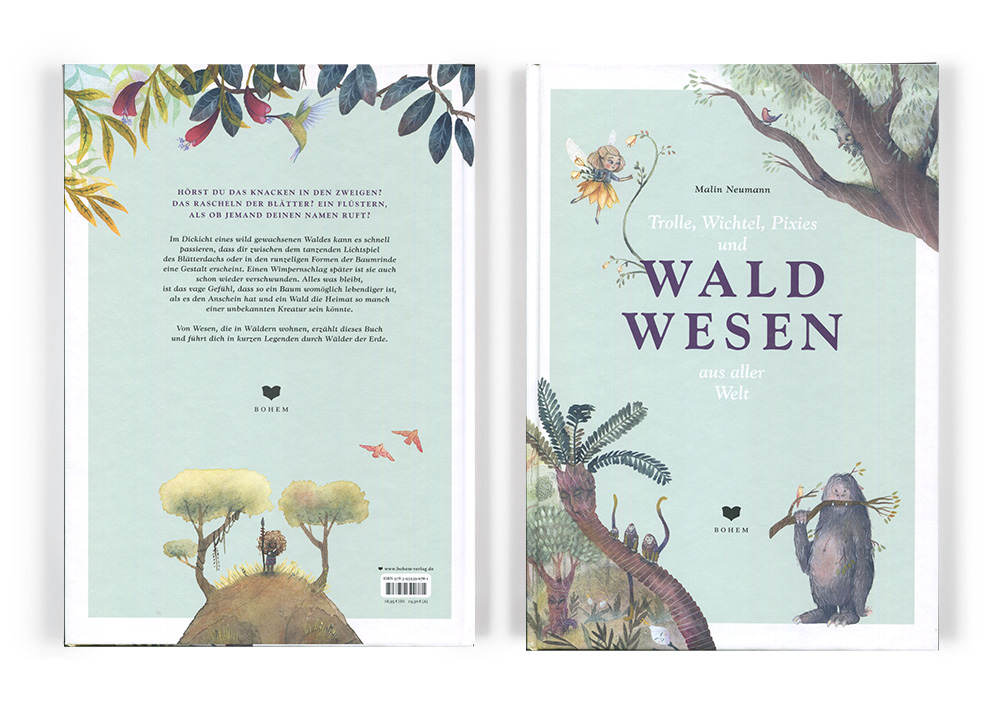 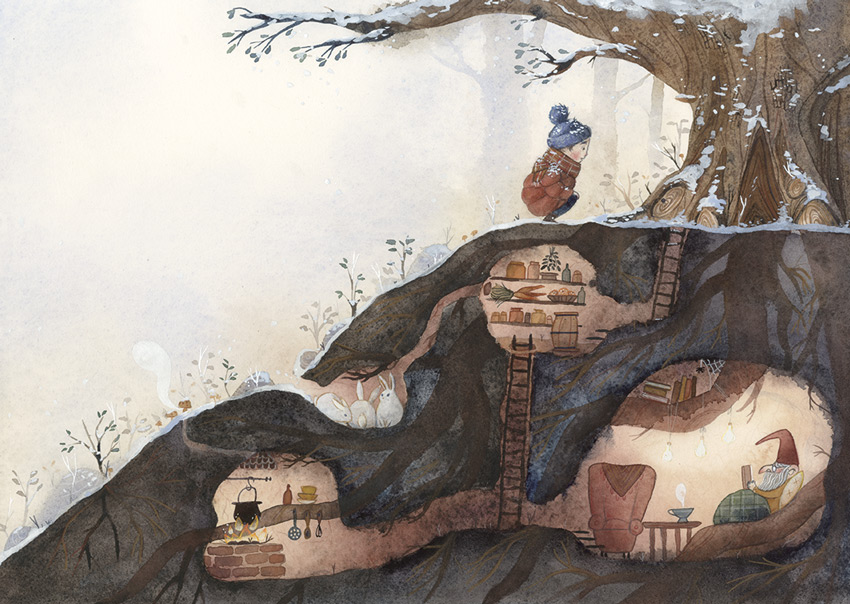 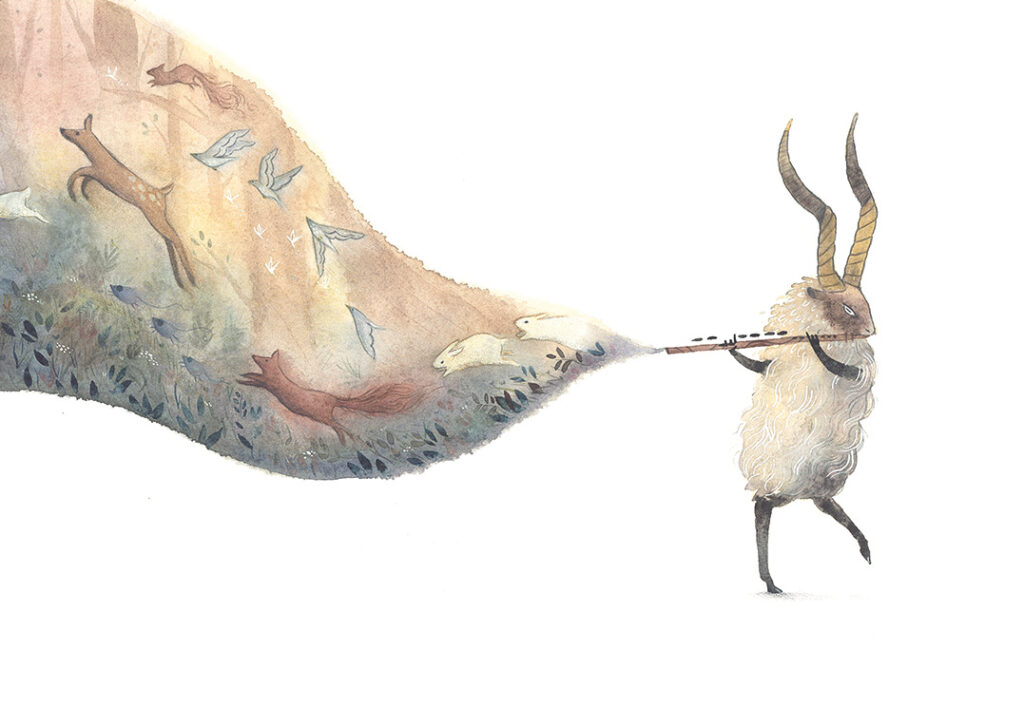 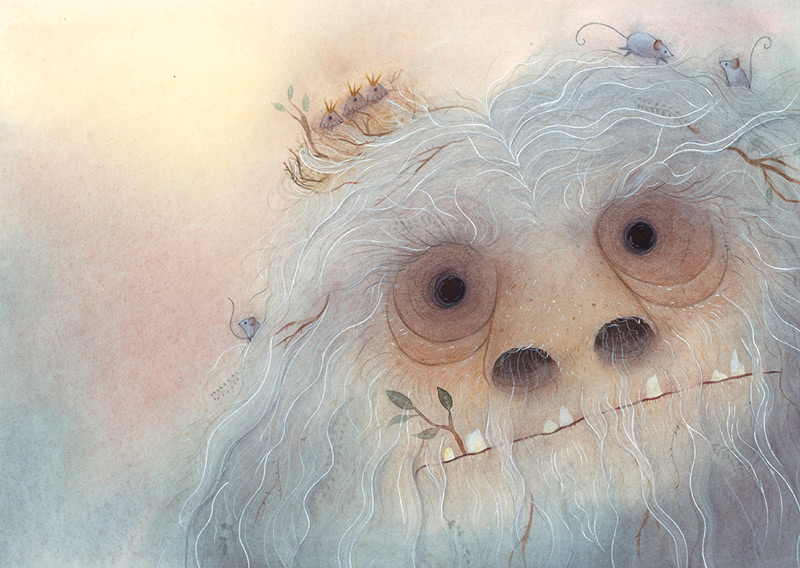 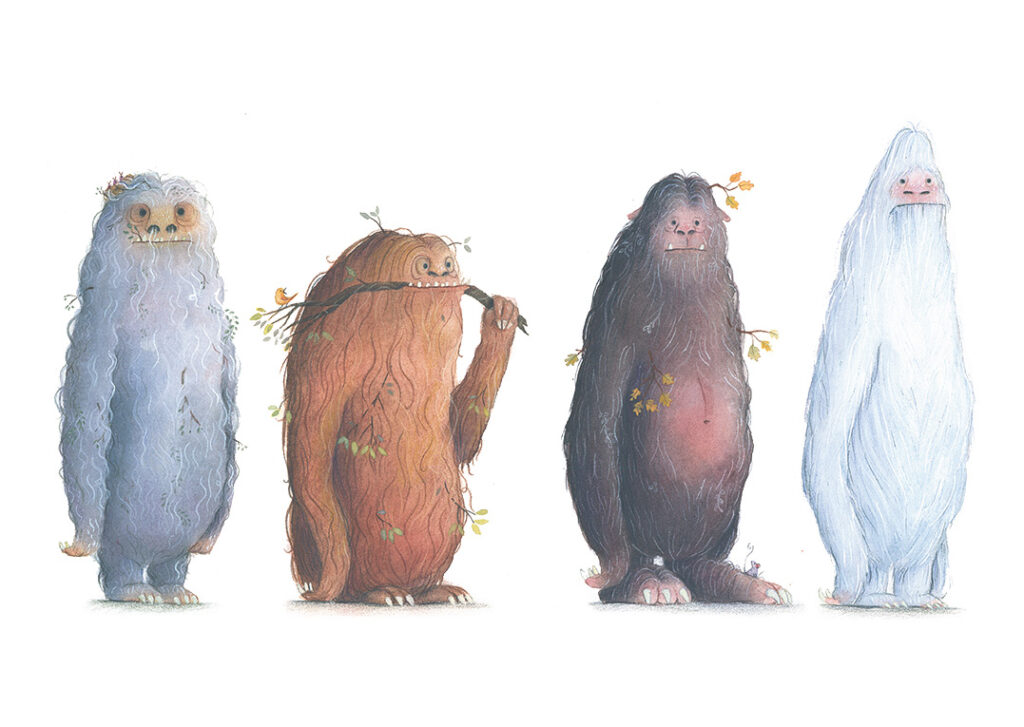 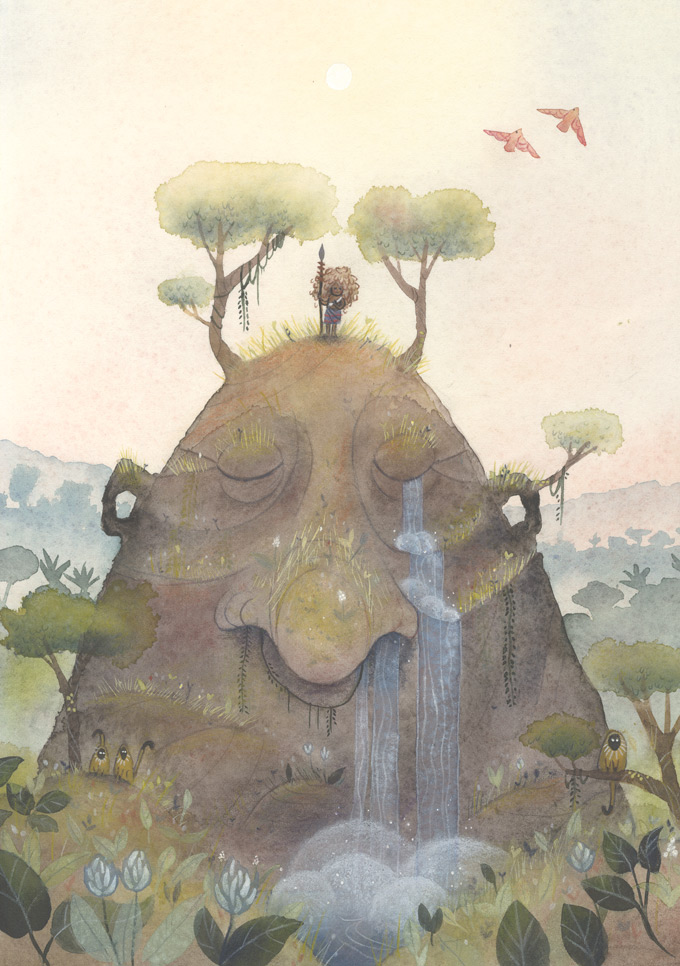 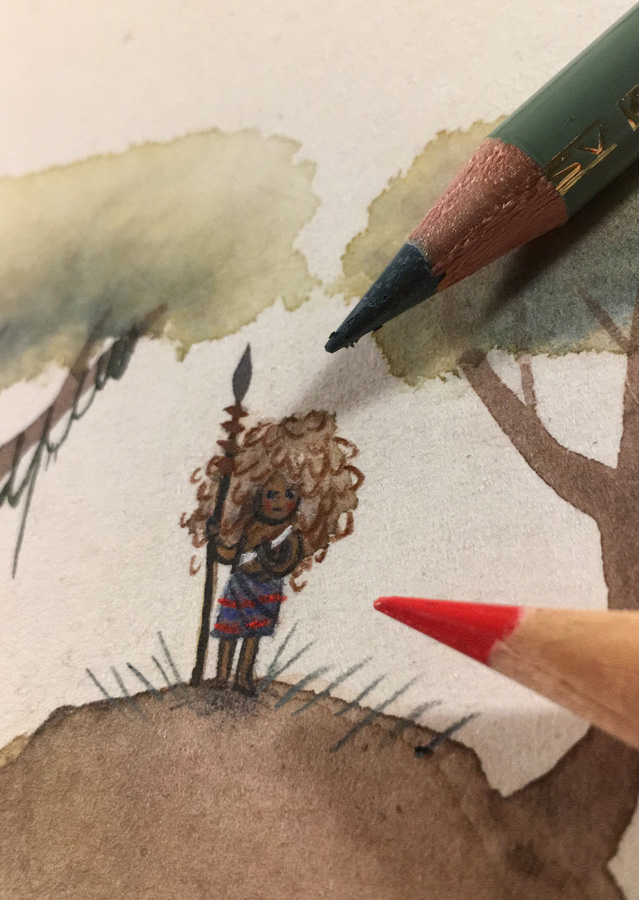 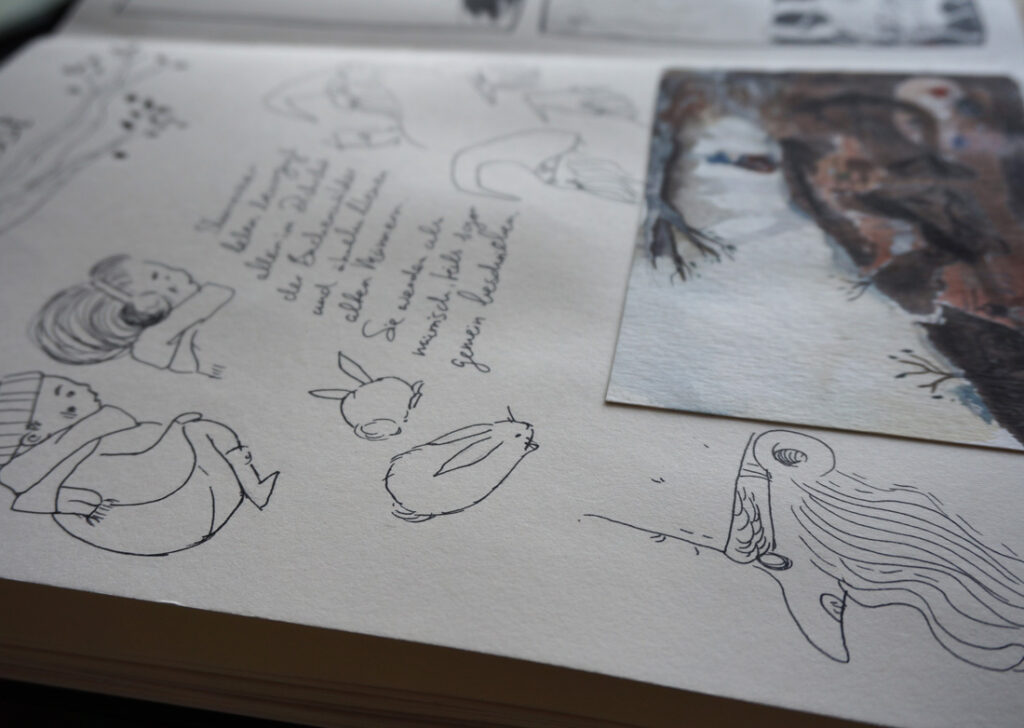 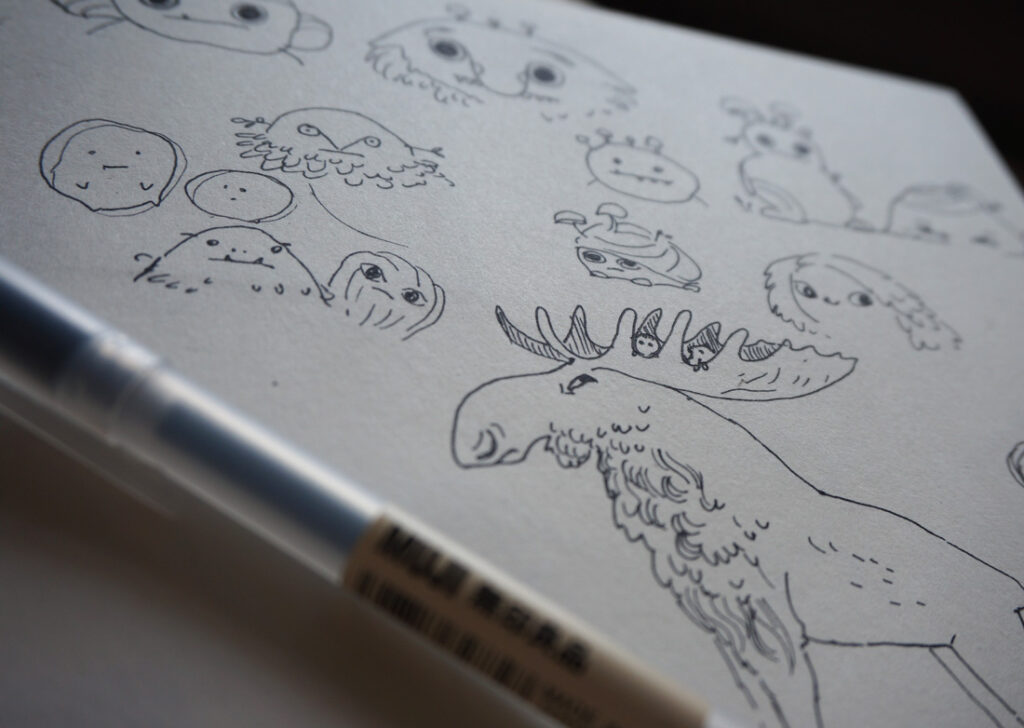 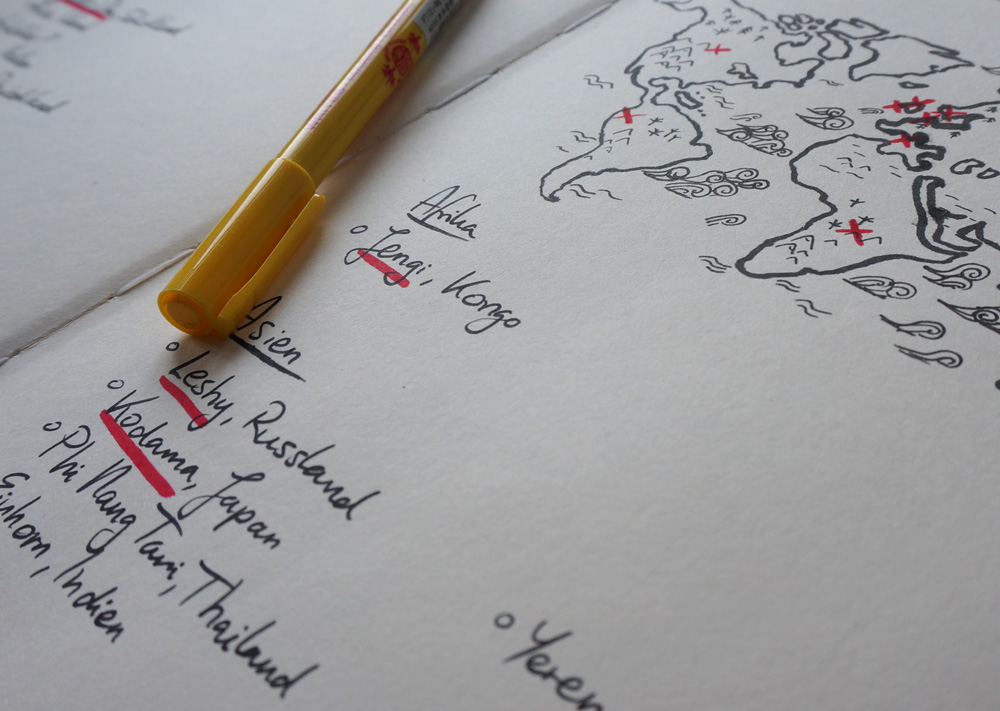 »Trolle, Wichtel, Pixies und WALDWESEN aus aller Welt« (»Trolls, Gnomes, Pixies and FOREST SPIRITS from around the World«) is my second published picture book. It tells the stories of forest creatures and tree spirits from different cultures around the world. The concept, texts and illustrations were created in the course of my Bachelor graduation project in 2019.

Our ancestors seem to have developed an intuitive sense for the importance of forests at a very early stage. Thus, folklore and nature religions gave rise to legends surrounding tree spirits and forest creatures which have been passed down from generation to generation. They appear in various forms: from mighty forest gods to tiny mushroom dwellers. Part endearing part impressive they illustrate our very connection to the forest as the peoples of the earth share stories of such creatures regardless of any cultural differences.

In the face of mass deforestation and a general detachment from nature it seems as if the existence of these wondrous tree creatures has now been completely forgotten – and with it the knowledge about the importance of the forest. All the more important that their stories are told because: Where will the creatures live in a world without forests?

The project was chosen as the best graduation project of the semester by a jury of experts. The book was published by Bohem in 2020.